Morgan James Publishing is excited to announce these Hot New Releases for this week!

Each of these are available at your favorite bookseller or online starting this week. 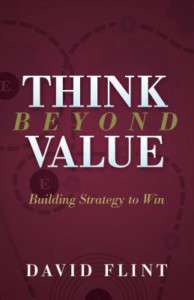 Annotation: Building winning strategy doesn’t need to be complicated. Think Beyond Value provides a simple, memorable framework to help readers think beyond the value proposition to form sound business and personal strategy. Dr. David Flint’s simple framework is thorough yet practical, and quickly focuses strategic thinking on the issues of most concern to a particular situation. Think Beyond Value uses easy-to-remember terms that resonate with seasoned strategists, while also opening the world of critical thinking to those new to the process. Whether business or personal, the V-REEL framework guides strategic thinking for anyone seeking a clear plan forward. 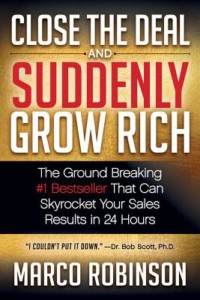 Close the Deal & Suddenly Grow Rich: The Ground Breaking #1 Bestseller That Can Skyrocket Your Sales Results in 24 Hours

Annotation: Close the Deal & Suddenly Grow Rich is the ONLY sales book that reveals exactly WHEN to close the deal using the power of a B.R.A.N.D to transform sales results within 24 hours. Being homeless many times as a child after Marco Robinson’s mum left his father when he was just two years old because of immense debt, he knows what it’s like to sleep on park benches, be bullied from school to school, etc. Close the Deal & Suddenly Grow Rich is a true rags-to-riches story of someone who was willing to fight, never gave up, and became the best he could be at sales. At the heart of Marco’s passion is giving back after his own difficult childhood. In a universal and conversational style, Marco shares his B.R.A.N.D. new concept of 21st century sales and communication technology that transforms sales results within 24 hours and catapults any working professional to the top levels of seven-figure earners at light speed!