In the height of the Minneapolis riots, local independent bookstore Moon Palace stated: “Things that may be lost or damaged in our building are just things.”

“But your life is precious, just like George Floyd’s life was precious.”

At Morgan James, we understand the importance of the sensitive issues we are all facing today that cannot be ignored. As a publisher, it is our responsibility to continuously provide resources relevant to the world we are all living in. Among the following list of titles, our hope is for them to bring greater perspective, support, and help us all have conversations that lead to lasting change and healing. 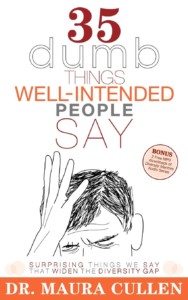 Sometimes good intentions are simply not enough! Even well-intended people can cause harm.

Have you ever heard yourself or someone else say:

Some of my best friends are… (Black, White, Asian, etc.)

These statements and dozens like them can build a divide between us and the people we interact with. Though well-intended, they often widen the diversity gap sometimes causing irreparable harm personally and professionally. If you’ve ever wanted to be more effective in your communication with others, or have been afraid of saying the wrong thing, then 35 Dumb Things Well Intended People Say is a concise guide essential to becoming more inclusive and diversity-smart. 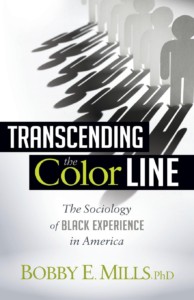 Transcending the Color Line: The Sociology of Black Experience in America

A resource tool for social group discussions about institutional racism.

Transcending the Color Line, is a collection of essays by sociologist and professor Bobby E. Mills, PhD, seeking to resolve the many social contradictions facing American society regarding politics, government, institutional racism, religion, and family life. These concise essays offer a precise diagnosis of the true causes behind the black and white dysfunction in a variety of social contexts. As the deeper problem behind the social dysfunction is revealed, Mills calls both black and white individuals to accountability and inspires all readers to become part of the solution. 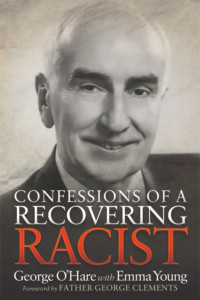 Confessions of a Recovering Racist

An intriguing memoir that addresses how white youth are raised and trained to be racists, and how learning the truth can cause a dyed-in-the-wool racist to become a recovering racist.

George O’Hare’s was born and raised on the West Side of Chicago in 1927 during the height of Jim Crow, when racism was a way of life for most white people. He went to an all-white grammar and high school, and was raised by an extremely racist uncle. George learned to be a racist at an early age, but when he joined Sears Roebuck as a salesman and his manager insisted that he become a member of the Junior Chamber of Commerce, he found himself in the company of African Americans for the first time in his life. He met some of the most iconic African Americans in the country, and became good friends with Dr. Martin Luther King, comedian Dick Gregory, Father George Clements, Muhammad Ali, State Senator Barack Obama, and many others. Confessions of a Recovering Racist addresses the fallacy of racism in a unique, honest, and sometimes humorous way. It causes white people to take a second look at their prejudices, and informs Black people that a white man can be a hero in the Black community. 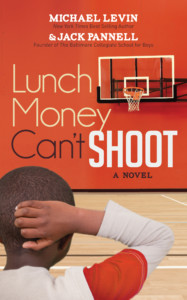 An open and honest look at middle school kids’ perception of race.

Are you struggling to find the words to open a dialog around racial stereotypes with a young person in your life? Lunch Money Can’t Shoot may help open that door…

When the urban neighborhood where William “Lunch Money” Barnes lives becomes too rough, his mother moves his family in the middle of the school year to an all-white suburb 50 miles away. The good-natured Barnes runs into one problem: everyone, including the middle school’s basketball coach, assumes that since he is African American and from the inner city, he must be great at basketball and can save the school team’s season. Unfortunately, Barnes is not an athlete, and contrary to assumptions about black kids, he’s terrible at basketball! Trouble arises when the school discovers that Lunch Money Can’t Shoot! 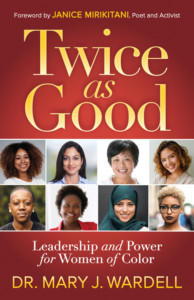 Twice as Good: Leadership and Power for Women of Color

An expert on diversity in the workplace and women of color in leadership, presents a stirring call-to-action for women of color who are ready to step into their power.

With the emergence of the #MeToo, #TimesUp, and #BlackLivesMatter movements, as well as the election of the most diverse and female Congress in history, America is experiencing a referendum on what power and leadership looks like. Women of color are the answer to that referendum and uniquely positioned to assume powerful roles in the country. But first, is to be honest about the misogyny and racism that women of color experience at work and in their lives. In Twice as Good, Dr. Mary J. Wardell, an expert on diversity in the workplace and women of color in leadership, writes a stirring call-to-action for women of color who are ready to step into their power. Twice as Good shows women of color: 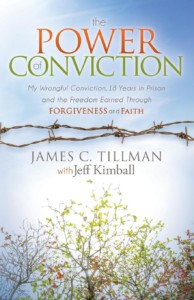 The Power of Conviction: My Wrongful Conviction 18 Years in Prison and the Freedom Earned Through Forgiveness and Faith

James Tillman, one of the most positive and inspirational people you will ever meet, spent over 18 years in prison for a crime he did not commit, and was the first person in Connecticut released through the use of DNA.

Have you been on the receiving end of deep injustice? Do you find yourself frustrated or struggling to find a way to move beyond it and reach a place of forgiveness in your heart? This book may be for you.

James Tillman was stretched out on his basement couch, relaxing after a long day of work at the car wash, the smell of sweet onions and simmering steak filling the air of his modest apartment in the projects of Hartford, Conn. His mother, a bible perched nearby, was softly singing a hymn when she was shaken by the thundering sound of pounding on the front door. It wasn’t a knock; it was an act of sheer force. In an instant, the police burst in, lifted James out of his home and shoved him into prison, arresting him for the brutal rape of a young corporate executive. For over 18 years, James professed his innocence, through the investigation, trial, appeals, and to anyone who would listen. Finally, after a series of extraordinary events, the Connecticut Innocence Project took up James’ case, eventually winning his freedom—the first person to be exonerated in the state through the use of DNA.

This is an inspirational story about the power of conviction: the wrongful conviction that sent James Tillman to prison for over 18 years, and the power of his own conviction that helped him persevere, offer a transformational forgiveness and earn a redemption that is so valued he remarkably calls his experience in prison, “a gift.”

The Power of Conviction is for people who are facing tough times. You will understand that you’re not alone, that things can be brutally bad and we can react poorly at times, but where there is love, there is always hope.